The Saltwater Crocodile is the top predator in its environment, and the larger Saltwater Crocodiles treat humans as prey. Saltwater crocodiles have the strongest bite of any animal today, and have immense power and speed. Any human unfortunate enough to be ambushed by this apex predator is very unlikely to escape without serious injury, and many attacks are indeed fatal. The Saltwater Crocodile has a long history of attacking humans who unknowingly venture into their territory, and about 1-2 fatal attacks occur each year in Australia. 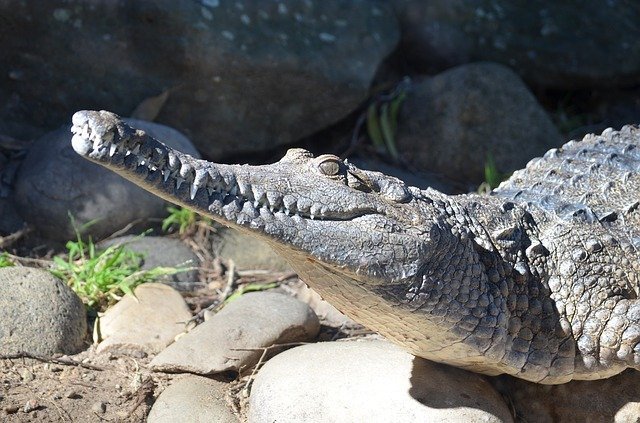 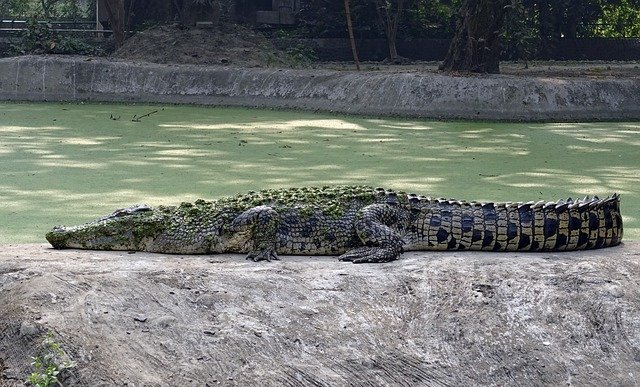 The Dingo is Australia's wild dog. They are not a native animal of Australia, but are widely regarded as one of the most well-known Australian animals.The dingo is the largest land-based predator in Australia, and the most common species to make up a dingo's diet include kangaroos, wallabies, cattle, possums, rabbits, rats and wombats. For larger prey, dingoes hunt in packs, and for smaller prey, dingoes often hunt alone.

It is believed that dingoes were introduced into Australia around 3500-5000 years ago by Asian seafarers. Dingoes live in a wide variety of habitats throughout mainland Australia; ranging from the snowfields in the southeast, to the central desert regions, to the tropical north. Dingos are not found in Tasmania. 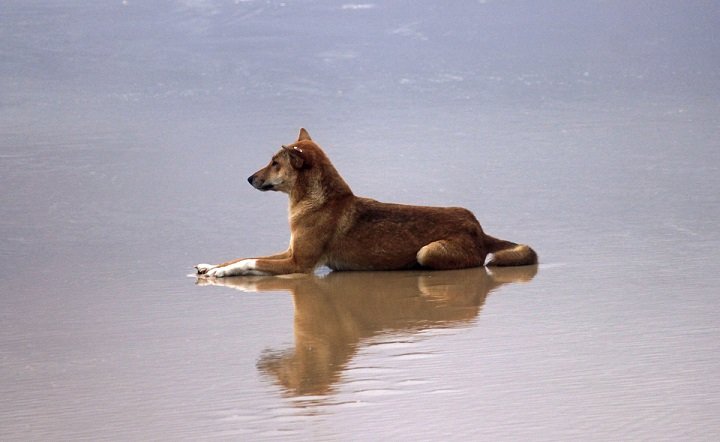 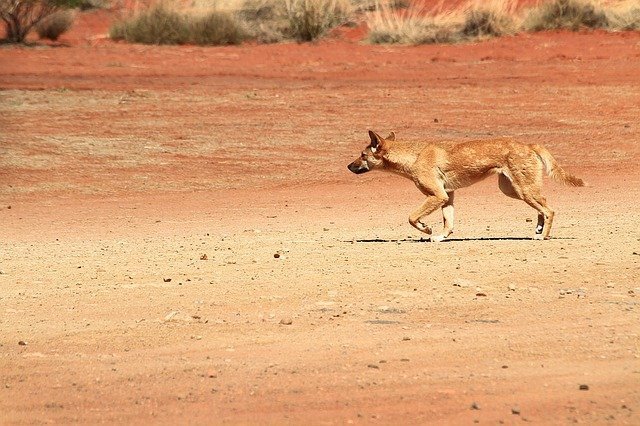 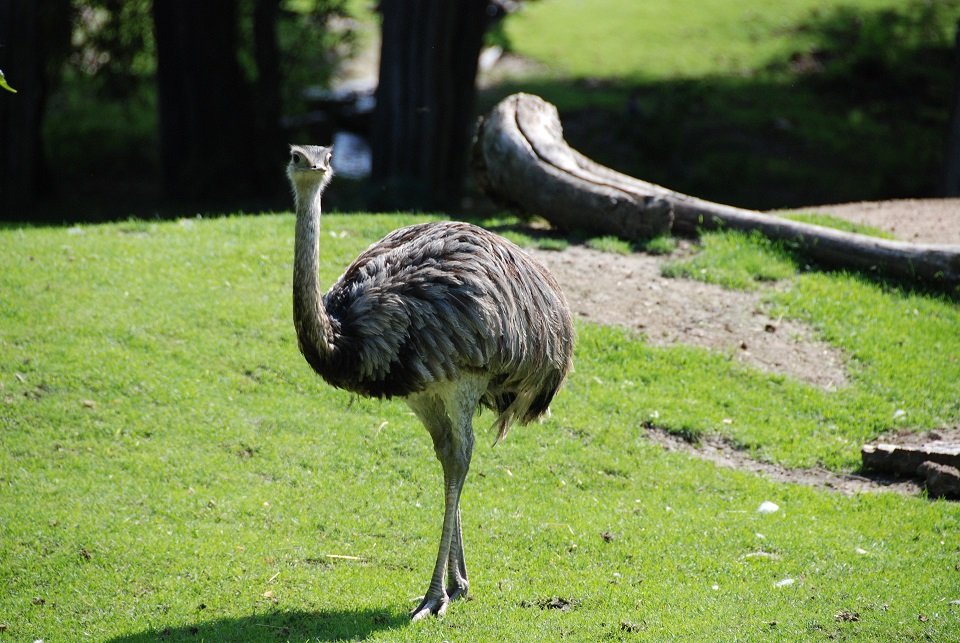 The emu is Australia's tallest native bird and can reach up to 2 metres (6'5") in height. This height means that emus have very long legs, and they are able to sprint at up to 50 km/h (31 mph)!

Emus are found only in Australia, and they live throughout most of the continent and in nearly all habitat types. Emus feed on a variety of items such as grasses, fruits, seeds, plant shoots, insects and other small animals.

Kangaroos are another one of the most famous Australian animals. The Kangaroo is a native Australian marsupial and is the largest marsupial surviving on Earth today. Kangaroos are renowned for their large hind legs and powerful tail which allows them to balance as they hop around.

There are two main sub-species of kangaroo in Australia; the Eastern Grey Kangaroo, and the larger Red Kangaroo (which can weigh up to 90 kilograms). Kangaroos graze on plant matter throughout most of Australia, and they are social animals which live in groups that are commonly referred to as "mobs". 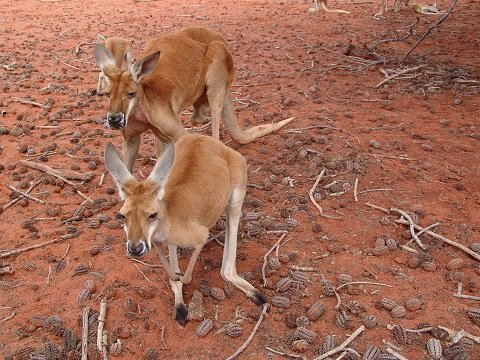 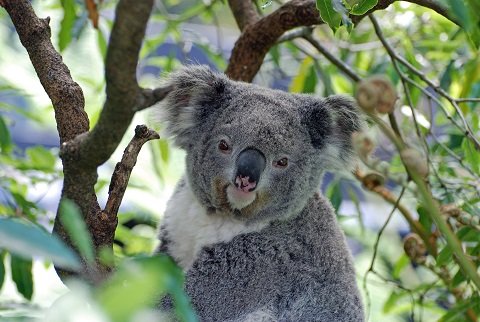 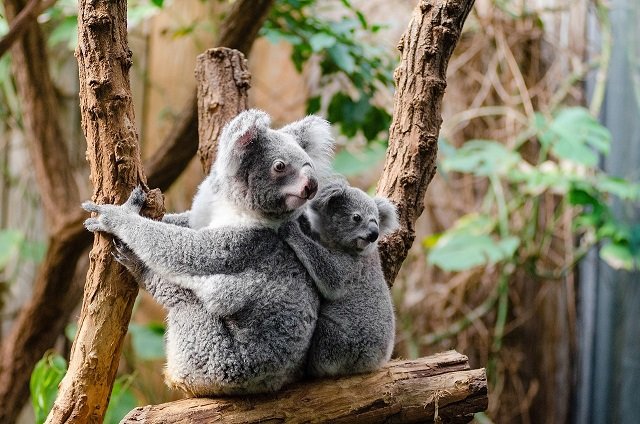 Koalas are one of the most famous Australian animals. Koalas are a native Australian marsupial (meaning that their offspring are born relatively undeveloped and require further development in their mother's pouch).

A koala's main food source is eucalypt leaves, and koalas primarily inhabit eucalypt forests around the eastern and south-eastern coastline of Australia. Although there are more than 700 eucalypt species in Australia (ANPSA), koalas will only eat leaves from less than 50 of these species. Unfortunately, that means that habitat loss is the greatest threat to the survival of koalas, and koala numbers are in serious decline.

Thankfully, the Australian Koala Foundation (a not-for-profit organisation) is dedicated to the conservation of koalas and their habitat, and has done wonderful work over the last 30 years in raising the awareness of the global community.

Wombats are another one of the most famous Australian animals, and some people argue that they are one of the cutest! The wombat is a native Australian marsupial with very short, muscular legs and a stocky, strong body that reflects it's burrowing nature. In fact, wombats are one of the world's largest burrowing animals. Wombats dig very large burrows that can be up to 3 to 30 metres (10 to 100 feet) in length and up to 3.5 metres (11.5 feet) in depth. An interesting fact about wombats is that their pouch faces backwards so that it remains free of dirt when they are burrowing! (A personal thankyou to Georgia for informing us of this amazing fact!). 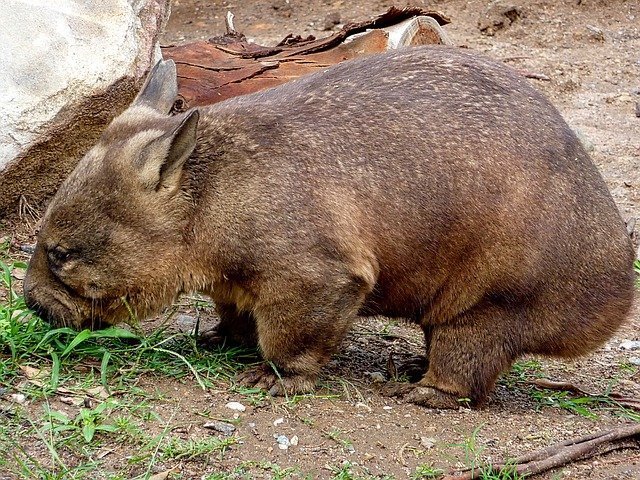 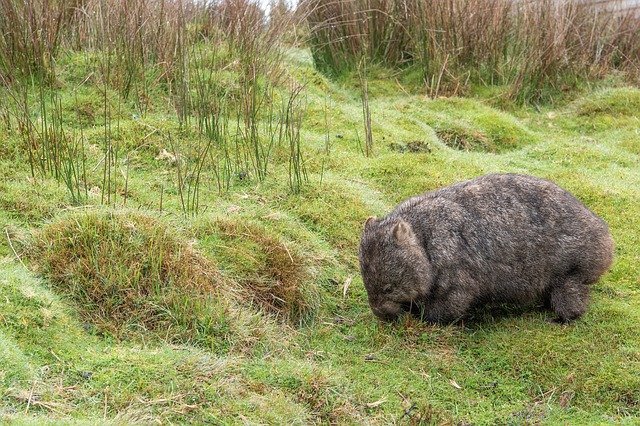