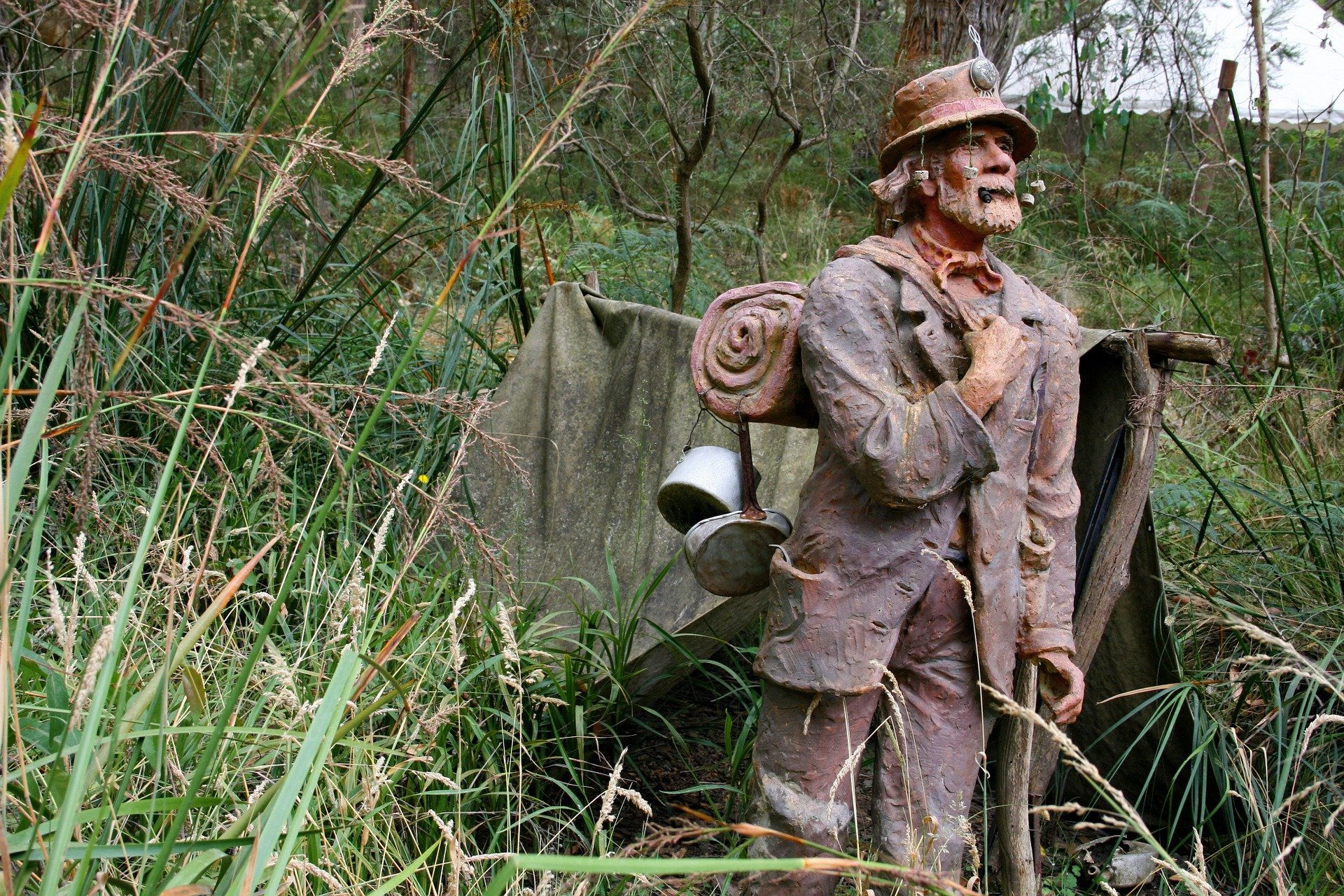 Waltzing Matilda is Australia's most well-known bush ballad. The song was originally written in 1895 by Banjo Paterson, and is so popular that many Australians believe that it should be Australia's national anthem.

There are various versions of the song, and the lyrics shown below are from the version written by Marie Cowan in 1903. This version was written to advertise Billy Tea from the Billy Tea Company and includes the words ""You'll never catch me alive said he", whereas the original version included the words "drowning himself 'neath the coolibah tree". Australian schoolchildren typically are taught to sing the words as penned by Cowan.

If you need an explanation of some of the Australian terms used in the song be sure to visit our Australian Slang Dictionary.

A version of the song is included at the end of the page for you to enjoy. This version is performed by Slim Dusty, a famous Australian country music singer-songwriter and guitarist. Slim Dusty was an Australian cultural icon and has taken some very minor liberties with his interpretation of the song.


Once a jolly swagman camped by a billabong
Under the shade of a coolibah tree,
And he sang as he watched and waited till his billy boiled:
"Who'll come a-waltzing Matilda, with me?"

Down came a jumbuck to drink at that billabong.
Up jumped the swagman and grabbed him with glee.
And he sang as he shoved that jumbuck in his tucker bag:
"You'll come a-waltzing Matilda with me"

Up rode the squatter, mounted on his thoroughbred.
Down came the troopers, one, two, and three.
"Whose is that jumbuck you've got in your tucker bag?
You'll come a-waltzing Matilda, with me."

Up jumped the swagman and sprang into the billabong.
"You'll never take me alive!" said he
And his ghost may be heard as you pass by that billabong:
"Who'll come a-waltzing Matilda, with me?"